Located at the confluence of the Tennessee, Ohio and Cumberland rivers, and just upstream from the Mississippi River, Paducah, Ky., enjoys a long history as an important hub in America’s inland waterways network. As executive director of the Paducah-McCracken County Riverport Authority, Bill Miller is working to preserve that legacy and make the port a key driver for economic growth in the region.

On taking over the position in June 2015, Miller’s first priority was to upgrade the port’s infrastructure. “Our 20-year-old lattice-boom crane was past its useful service life,” he said. “So the board for the riverport authority authorized a bid spec to replace it with the best available equipment.” Today, a new E-Series Sennebogen 870 R-HD purpose-built material handler serves the stream of barge traffic that flows through the port’s bulk berthing area.

In service since September 2017, the 870 R-HD is the result of a comprehensive bid process that opened the door for presentations from manufacturers of both rope cranes and hydraulic material handlers, including electric-drive and diesel-powered machines.

“Our spec was operational,” Miller said. “Our goals were speed, parts, service and an eco-friendly performance.”

The 870 model proposed was unlike any other solution reviewed by Miller and his team. Among the newest of Sennebogen designs, the distinctive look of the 870 is notable for the massive “Green Hybrid” hydraulic cylinder mounted between its two main boom lift cylinders. The Green Hybrid system captures boom energy on every down movement of the boom and stores it safely in secure and protected containers at the rear of the machine. The energy is then released to assist the next lift of the boom. According to Sennebogen, this energy recovery process reduces the 870’s fuel consumption by as much as 30 percent.

“The energy recapture concept is a welcome feature, easy to understand and simple to work on,” says Miller. “The concept was very well presented.”

The 870’s energy efficiency helped to meet the port’s environmental objectives. Its “green” performance is further enhanced by its Tier 4F-compliant 355 hp. (261 kw.) Cummins diesel engine, which adds a level of environmental protection for the vital waterways connected to the ports.

Faster Loading Cycles
The Paducah Riverport operations sit on 2,300 feet of river frontage, with 14,000 tons of on-site warehouse capacity, large outside storage yards and complete fleeting and switching services. Fitted with a 5-yard clamshell bucket and a bent boom with a total reach of 66 feet, the 870 allows operators to easily reach down 50 feet below the cell to clear out barges filled with sand, aggregates and fertilizers. “We’re right on the river channel and the water levels vary a lot,” Miller explains. “We wanted to make sure the boom could reach, no matter the variance between low and high water.”

Butch Woods, the port manager in Paducah, agrees. “We knew the cycle times could outpace our conveyor system from the outset, and it’s been producing very well. It reduces our operating costs by completing loads in a normal 8-hour shift; we aren’t paying for overtime hours to empty the barges.”

Operators have adapted quickly from the previous lattice-boom crane to the new hydraulic technology. According to Woods, “the hydraulic technology is more responsive and very friendly to the operator. They have much better control, with less spillage and loss of product. With the cab being equipped with a floor window and able to extend out over the hold, it’s easier to see into the load. We’ve unloaded some barges that we couldn’t do with the old crane; the operator is getting pretty good at making it do things we didn’t think it could!”

Brandeis Machinery, the Sennebogen distributor in Kentucky, introduced the operators and maintenance to the 870’s service requirements. “Brandeis is very responsive,” Miller said. “Brandeis always been helpful, even when not awarded with previous projects, they’ll turn around and help us on the next one.”
“It’s a very quiet machine, too. You can stand next to it and have a conversation without screaming over top of the engine noise. To me it’s even quieter than standing by an open-road truck.”

“Improvements like the 870 R-HD help us to further enhance the region’s abilities to service new industries and expand our current business partners,” Miller said. 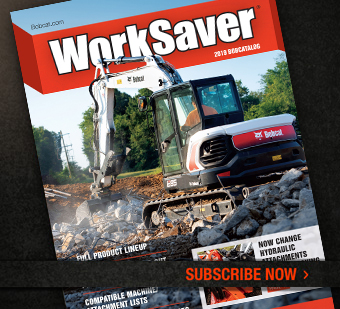 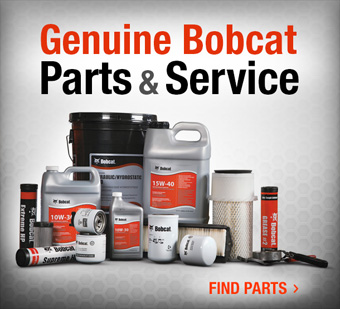